Round 2 of the Trans Am West Coast Series took place Aug. 21-23 at Sonoma Raceway with over 20 entries.  Despite the concerns of the Napa Valley fires, the Grr Racing team headed north to continue their efforts towards the 2020 Trans Am West Coast Championship.
During the practice sessions on Friday the team received some extra support to get Michele Abbate some additional time on some new tires, to get a better feel for the car at its best.  After practice session 1, Abbate was 2nd fastest with her personal best time of a 1:42.3 and was getting a feel for the new found grip.  “This is exactly what we needed in order to advance my knowledge of how much I can push the car on new tires.  With our strong efforts at the end of the race at Thunderhill it was evident that I need more experience when the car is fresh”, Abbate said.
Saturday the team decided to make a last minute change to the rear end gear with hopes of a better set up. “We weren’t quite getting to the rpms we wanted on the fastest part of the track, so we decided to make a change”. Crew Chief Anthony Philleo shared.   The team received guidance from the Ave Motorsports team while sharing a garage with their SGT Driver Natalie Decker.
Abbate did her best to adapt to the new gear during her 3 laps of qualifying but her time did not reflect the positive change.  She landed into the P10 spot, but the field was really close throughout the 11 cars in the TA2 class.
The Sunday feature race was at 12:45pm and it brought on the heat.  At the drop of the green flag Abbate was on a mission.  By the first lap she had already made her way into the 6th position.  “It was awesome to get a little more aggressive at the start.  I was able to make some clean passes and work my way through the field, which is something I wanted to work on”. Michele shared.
She had made her way up to the 5th position, but some contact occurred in turn 11 with the 76 car and Abbate lost a position.  She was able to recover the position in turn 11 a few laps later, and defended that spot for the majority of the race.  Although, a vibration began to worsen in the left front where the contact had been earlier.
Abbate did her best to stay consistent. but the competition began to close in.  With a resilient effort she crossed the line with a P6 finish, but post race penalties afforded her a top 5 finish.  She is now tied for 3rd place in the 2020 Championship points, just 2 points behind 2nd place.
“It feels good to see the massive amount of progress we have made since last year.  Each time Michele drives the car she learns heaps of new information and her progression is obvious, she is doing a great job and we will continue to stay focused on our goal of a podium finish this year”, Anthony said.
The team has just 1 week of prep before they head to Portland International Raceway for Round 3 of the series on Labor Day weekend.  Be sure to follow along on Michele’s social media @M1cheleAbbate and on @GrrRacing and if you haven’t yet, tune into the Grr Racing Podcast sponsored by Insane Power  every Wednesday at 7pm PST for more updates!

PrevPreviousGrr Racing Earns Highest Finish with Dog Fight to the Checkered
NextHISTORY MADE: Grr Racing’s Michele Abbate Becomes First Female to Ever Finish on the Podium in Trans Am TA2Next
On Key 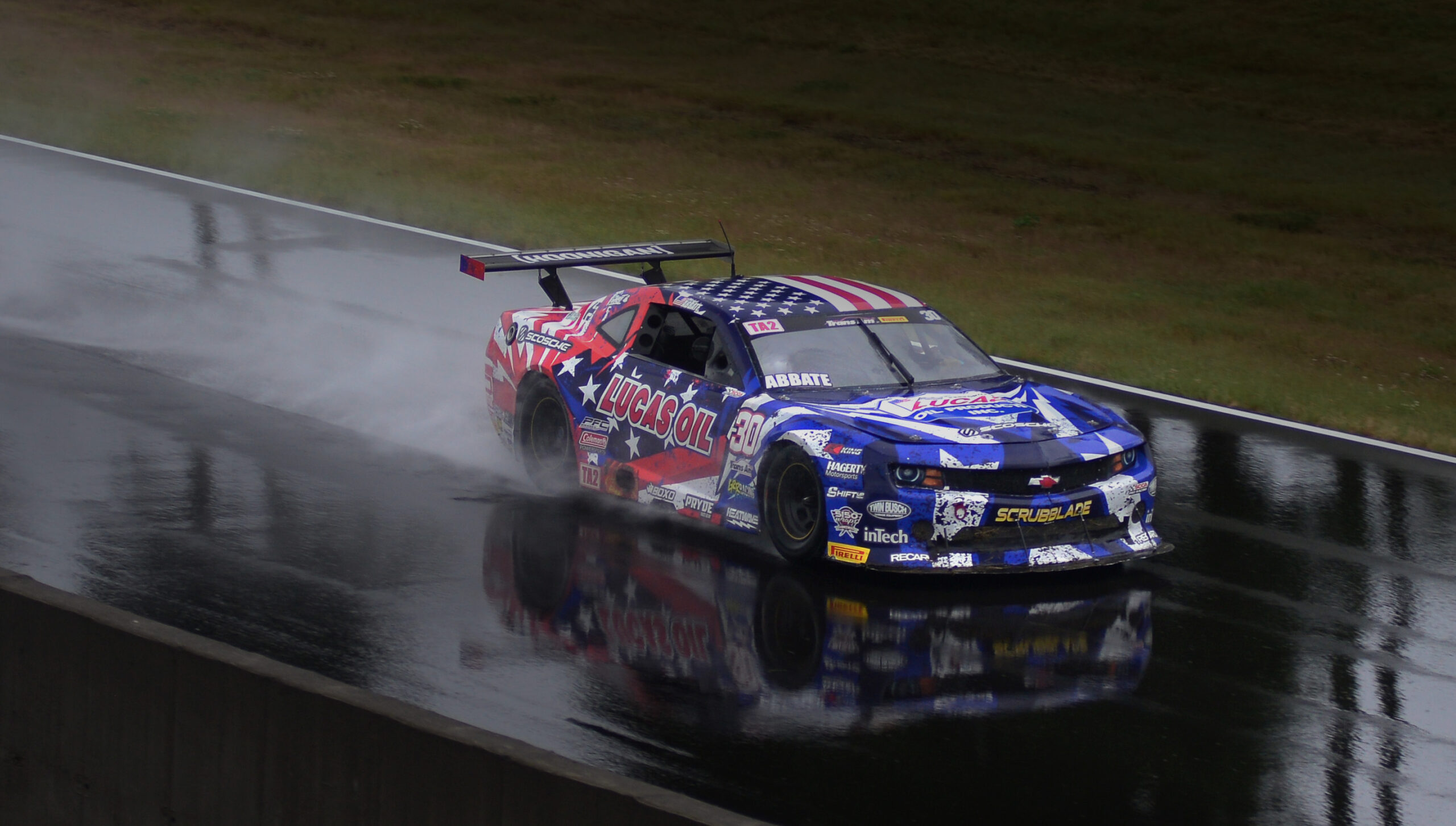 The SpeedTour headed to The Ridge Motorsports Park in Shelton, WA for the inaugural race for the 4th round of the Trans Am West Coast 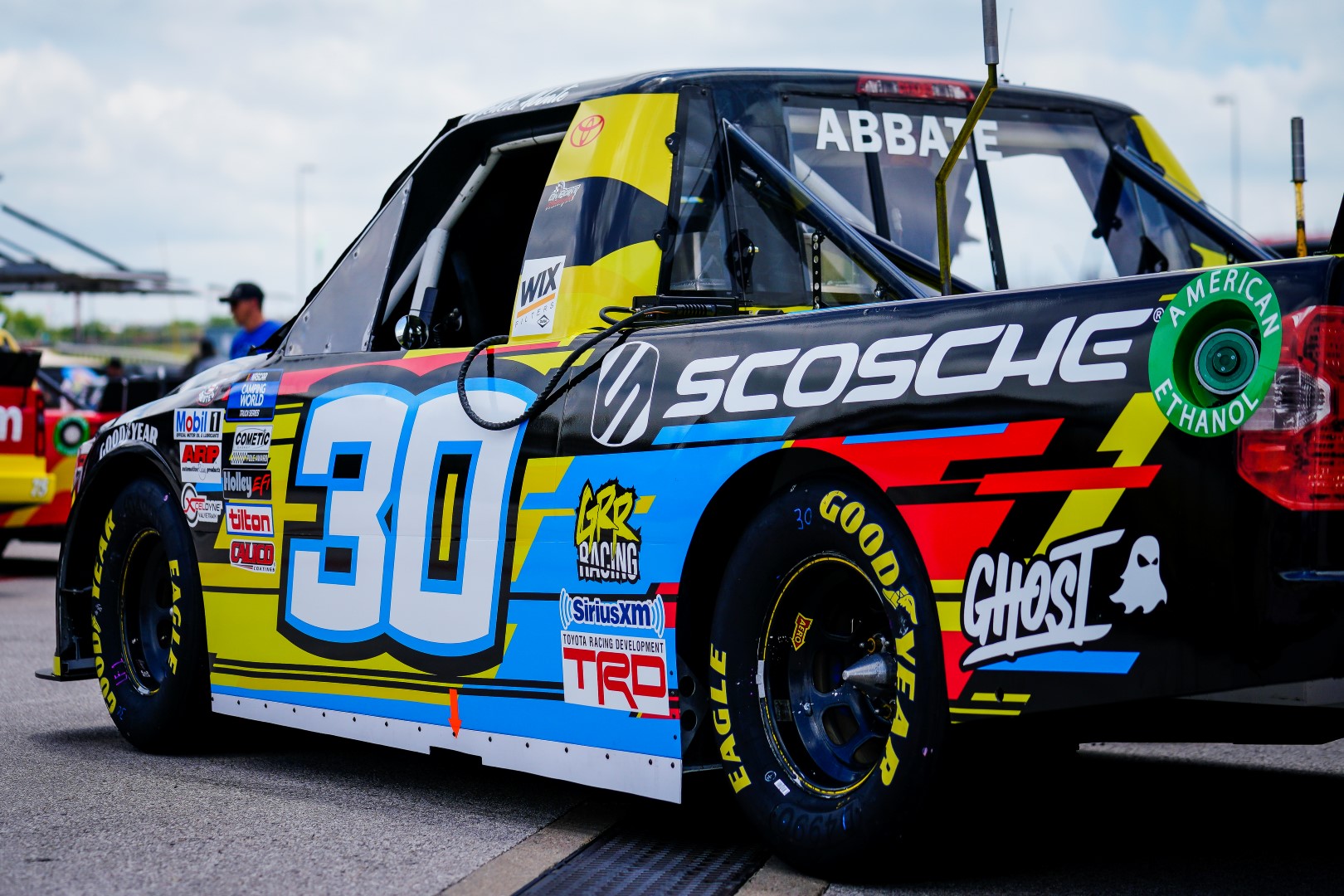 NASCAR’s debut at the Circuit of the Americas was last weekend for all 3 of its national series.  Michele Abbate made her entry with the 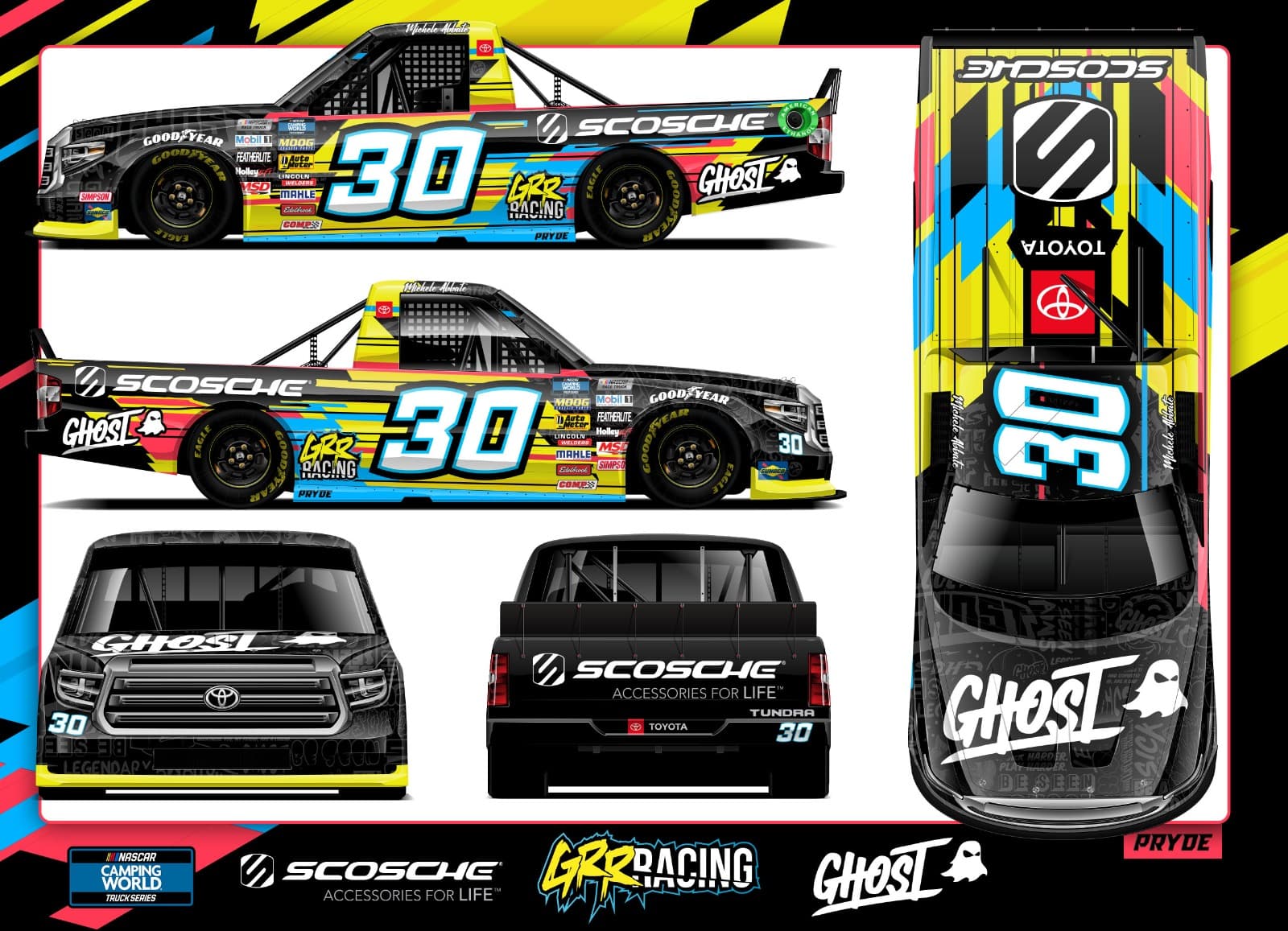 (For Immediate Release – Las Vegas, NV) May 21st – 23rd NASCAR will make their first appearance at the Circuit of the America’s road 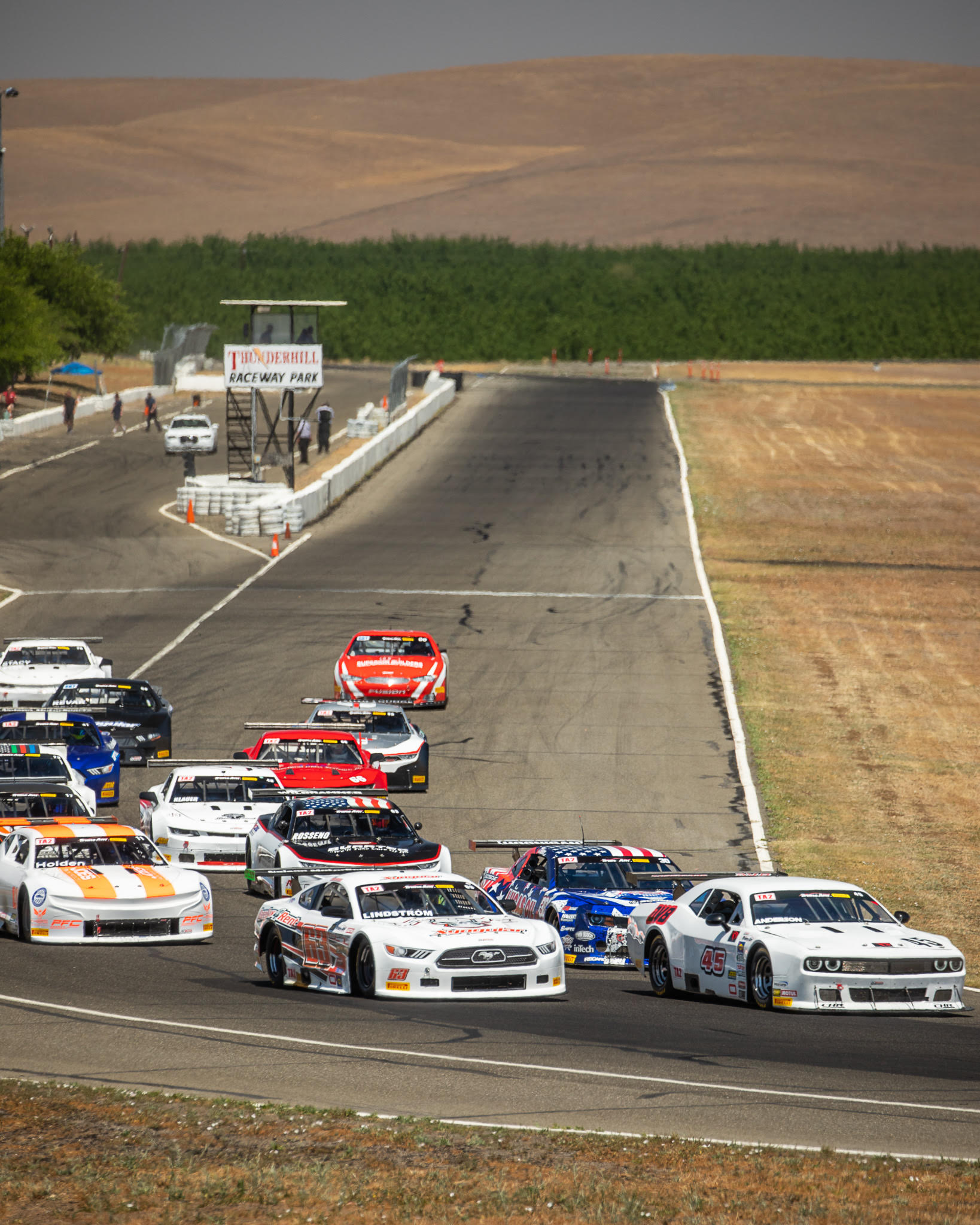 Unfortunate Finish for Abbate at Thunderhill

The 3rd round of the Trans Am West Coast Championship series took place on May 16th at Thunderhill Raceway. Coming off some tough luck at 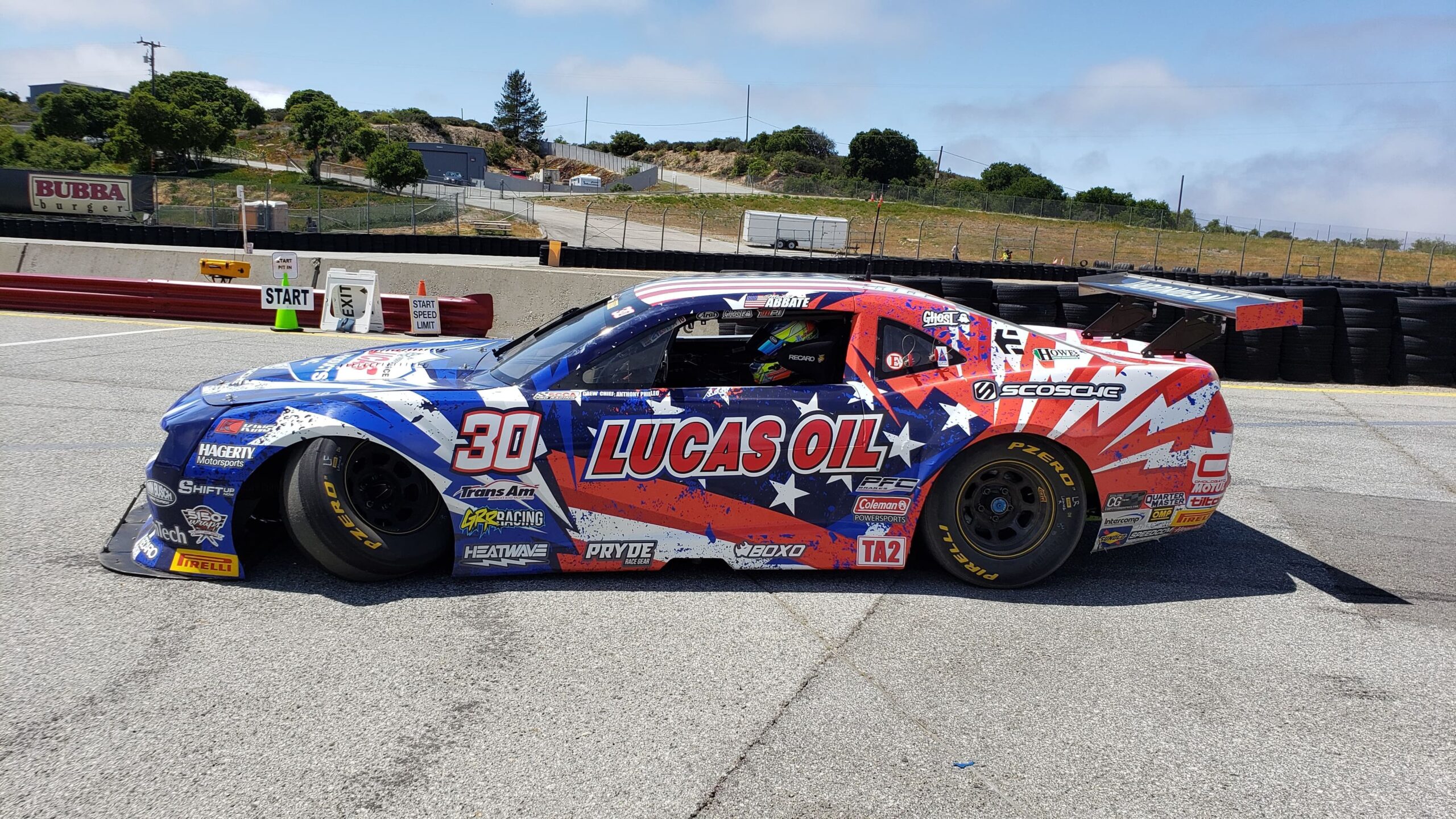